Written by Patrick Baur, Assistant Professor in the Department of Fisheries, Animal, and Veterinary Sciences, University of Rhode Island

Americans have access to more fresh vegetables than ever before, with farms producing around 200 pounds per person per year. Demand for leafy greens such as romaine lettuce and spinach has grown dramatically, and lettuce alone is now a nearly $2 billion industry. However, 90% of leafy greens are grown in just a few regions of California and Arizona. The tremendous concentration of this dietarily important and economically lucrative industry has serious consequences for both human and environmental health.

In a new study in the open-access journal Elementa, I take a hard look at one troubling problem with leafy greens: foodborne illness. Some strains of E. coli, abbreviated as STEC, produce a particularly dangerous toxin that causes severe gastrointestinal illness, kidney damage, and even death. These kinds of E. coli can contaminate vegetables and make the people who eat those vegetables very sick. 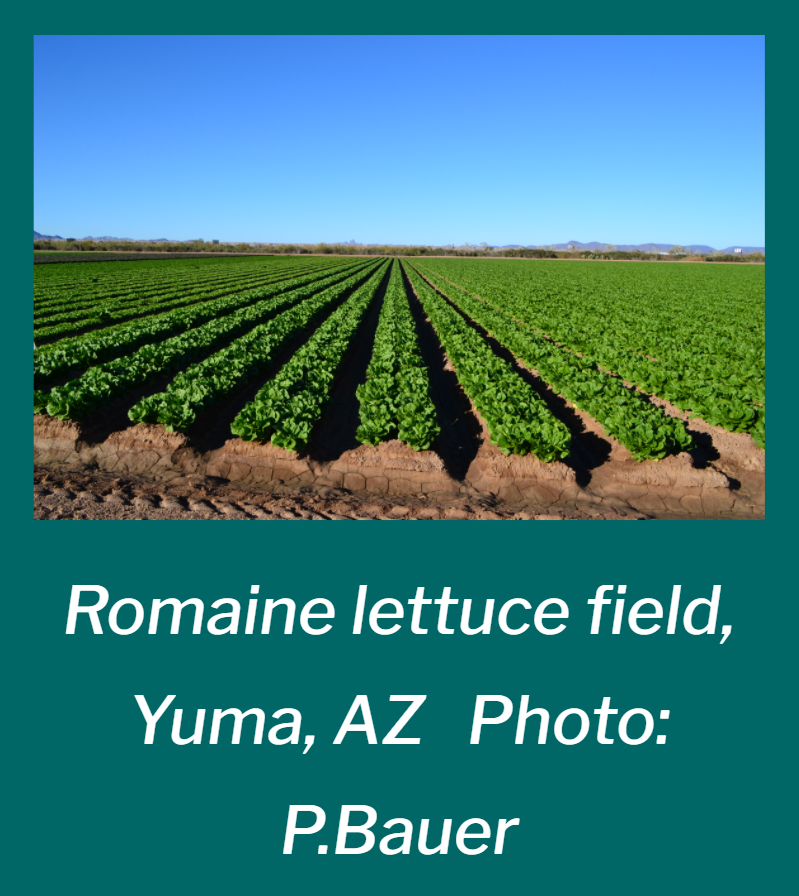 Since 2006, when a deadly nationwide E. coli outbreak slammed the spinach industry to a screeching halt, both government regulators and the private sector have made sweeping reforms to reign in the threat of foodborne illness in fresh vegetables. Combining industry-led best practice standards with legal requirements such as FDA’s mandatory Produce Rule, these reforms form a “food safety regime”. The authority of this regime rests on a comprehensive, science-based system to control all the possible routes through which dangerous human pathogens might contaminate crops growing in fields.

Yet, despite heavy investment in surveillance technologies and elaborate auditing and inspection schemes, E. coli outbreaks continue to plague leafy greens. According to a recent study from CDC and FDA scientists, “leafy greens are the second most common source of foodborne STEC O157 outbreaks, after ground beef,” in both the United States and Canada. Between 2009 and 2017, FDA counted more than 3 outbreaks per year.

Why do outbreaks keep happening in leafy greens, and why do the institutions charged with ensuring food safety for this industry stay in power despite these repeated failures?

To answer these questions, I analyzed a deadly 2018 outbreak of STEC linked to romaine lettuce grown near Yuma, AZ. I used insights from the emerging field of agnotology (aka ignorance studies) to understand whether and how the data-intensive strategy employed by the leafy greens food safety regime might actually produce more ignorance about systemic risks and underlying social-ecological vulnerabilities in this troubled agricultural sector. 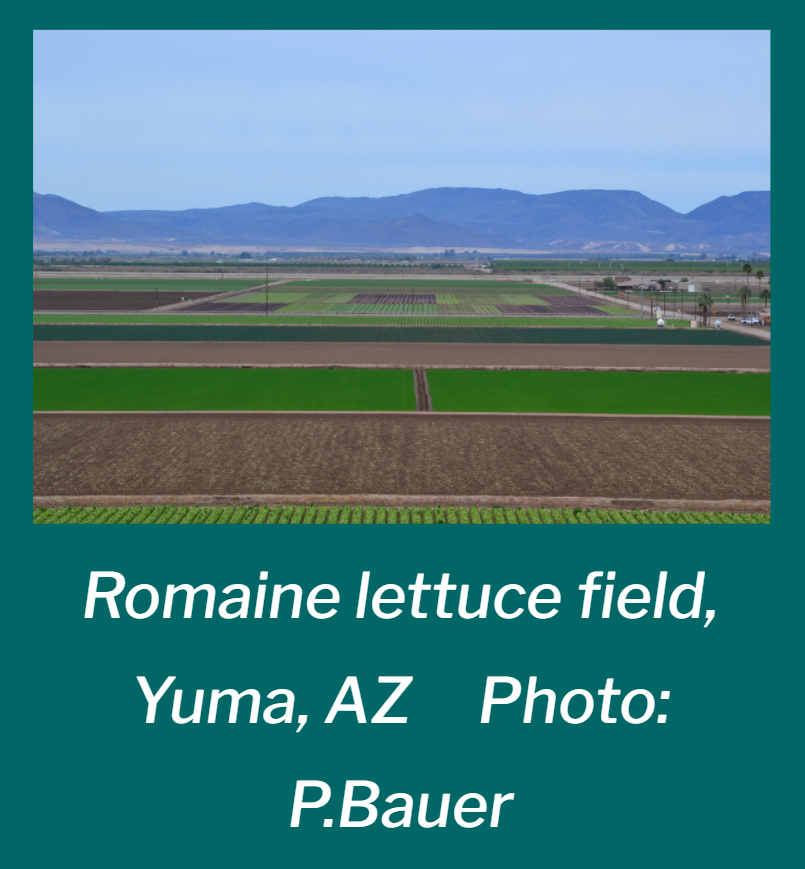 By comparing the outbreak investigation and regulatory response to the questions not asked and actions not taken, I show how the regime’s narrow methods of understanding the outbreak also make it blind to dangers outside its carefully constructed field of vision. The food safety regime sought to identify the culprit as an isolated slip in preventive controls that let dangerous E. coli into the food supply. It failed to question whether a vulnerable production system gave E. coli an ideal platform on which to spread.

In particular, the agricultural region in which the outbreak originated has many concentrated animal feeding operations (CAFOs). Cattle in CAFOs are a major source of dangerous E. coli, which can be widely spread via water, wind, animals, equipment, or people. Yet this same region also grows vast quantities of romaine lettuce, a crop known to be susceptible to pathogenic colonization. Romaine is then centrally processed before being shipped all over the country as fast as possible.

Both government and industry response to the outbreak focused on ratcheting up preventive practices at the farm level, like mandating that farmers sanitize water with chlorine prior to irrigation, and ratcheting-up surveillance, for instance through mandatory participation in new supply chain traceability initiatives based on block-chain technologies.

Each of these responses turns a blind eye to disparities between the sources of foodborne risk— livestock, landscape-level monocultures, high-speed centralized processing and distribution facilities—and who is actually held responsible for managing that risk: individual farms. While giving the appearance of vigorous response, the regime just runs in place on a “sanitary treadmill” that diverts attention from recognizing and adapting to systemic vulnerabilities. The resulting ignorance prevents actions that might, for example, seek to curb E. coli prevalence in feedlots or limit romaine harvests to small batches that are separated to limit cross-contamination. 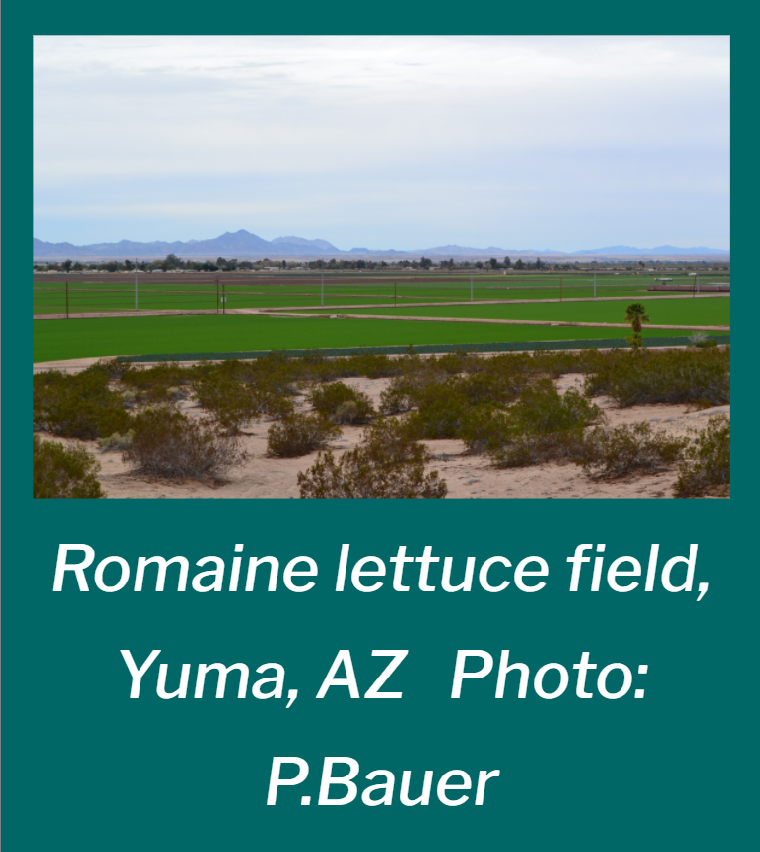 In short, the food safety regime is designed to avoid reflexive learning. Its investigation and surveillance strategies produce reams of information on the kinds of acute dangers that are amenable to technical fixes while glossing over systemic dangers that require structural change to the leafy greens sector.

Could we manage the risk of foodborne pathogens in leafy greens differently? Yes, if our institutions are designed for reflexive learning. In a reflexive food safety regime, regulators, the retail and foodservice industries that sell leafy greens, and the growers who farm those vegetables would need to recognize and work to dismantle the intersecting economic and biophysical conditions that generate pathogenic risks and allow them to spread in the food supply: the dangerous linkages among farmland consolidation, agroecosystem homogenization, coevolving pathogens, and the risk-magnifying effects of a centralized industrial food system. Yet this complexity is precisely what the modern food safety regime fails to know.