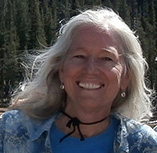 Jo Ann is the author of many publications on the intersection between biodiversity conservation and agriculture, including beneficial birds, the conservation mandates within the National Organic Program regulations, and the co-management of food safety and conservation. Before joining WFA in 2001, she addressed crop, livestock and fiber issues, was senior research editor for a book of California's rare wildlife species, and was an organic farmer for over a decade. For her Master's research in Environmental Studies Department at San Jose State University, she studied bird predation of insects in apple orchards. Her undergraduate degree is in Soil and Water Science from UC Davis. Jo Ann is based in Watsonville, CA. joannb(AT)wildfarmalliance.org 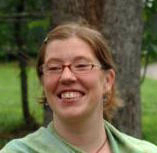 Prior to joining WFA in 2015, Shelly served for six years as the associate director of the Northwest Center for Alternatives to Pesticides based in Eugene, OR. She has also worked for Appalachian Voices, an environmental non-profit based in Boone, NC and with Blue Ridge Women in Agriculture. She was the co-founder of the first Montana Farm to College Program at the University of Montana in Missoula. She earned her BA degree in biology and MS degree in environmental studies from the University of Montana. Shelly is based in Minneapolis, MN.  shellyconnor(AT)wildfarmalliance.org 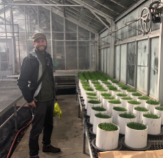 Brian is from Hanford, California, a community surrounded by industrial agriculture where canals are called creeks and reservoirs named lakes. The Sierra Nevada looms large to the East, if you can see it through the haze, and it served as their childhood playground and inspiration to become a biologist. Their educational path as a biologist all started at Humboldt State University where they completed a BS in Wildlife Conservation and Management, and a BA in Geography in 2012. Over the years they have worked from non-profits to private companies to state and federal agencies studying frogs, salamanders, salmonids, small mammals, mesocarnivores, ungulates, passerines, raptors, and waterfowl. They have spent many summers exploring the Sierra as a biological technician, trail crew leader, educator, backpacker, climber, mountain biker, and runner. Yet it is their roots in agriculture, working on a diversity of farms all over the world, that led them back to HSU to pursue a masters. Currently finishing a thesis assessing the ecosystem service of Aleutian cackling geese on livestock pastures, they work within the nexus connecting agriculture, human communities, and nature to help create a more wild and resilient future.  brianf(AT)wildfarmalliance.org 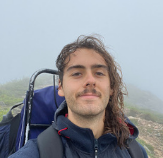 Nick is working with WFA through GrizzlyCorps, an AmeriCorps program designed by Project Climate at UC Berkeley’s Center for Law, Energy, and the Environment in partnership with CaliforniaVolunteers. Nick has a background in botany working on a number of efforts including the Joshua Tree Genome Project, and rare plant surveys across New York and the desert southwest. He also has a background in ornithology working on multiple breeding bird surveys and bird banding studies. Nick received his B.S. in conservation biology from St. Lawrence University in 2020 with a minor in political sciences. nickf(AT)wildfarmalliance.org