"A good farm must be one where the wild fauna and flora has lost acreage without losing existence.” -Aldo Leopold

Thomas Broz, a self-described city boy turned farmer, began growing food with his wife Constance as a way to reconnect with his community and the natural world. Interested in the tension between efforts to grow food, make a living, and strike a proper balance with the environment, his fundamental goal remains “an attempt to bring food production and nature back together.”

Live Earth Farm began in 1995 in the foothills of the Santa Cruz Mountains on two barren, compacted acres formerly occupied by horses. At the time, fifteen local residents pledged their support to a fledgling community supported agriculture (CSA) program.

These days, a sizeable crew harvests a diverse mix of organically grown orchard and row crops from more than 65 cultivated acres. The CSA has kept pace with the farm and currently stands at 600 members with more on the waiting list. Over the course of the season, subscribers can expect an assortment of 50 different vegetable crops and a catalog of fruit that includes strawberries, raspberries, apples, Warren pears, Blenheim apricots, plums, and even peaches. Though much has changed in the past 15 years, the original thread of intention with which the farm was founded remains intact. 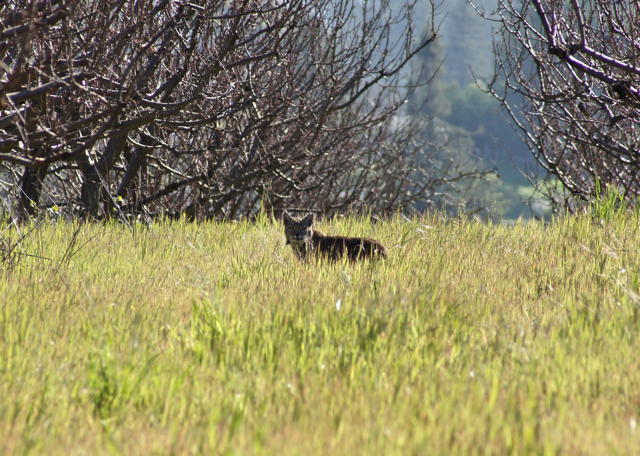 But as many farmers could attest, achieving harmony is often no easy task. In Tom’s case, expansion of the CSA meant leasing fields scattered around their Corralitos, California home base and he points out that “it is difficult to achieve any kind of balance or harmony when you have to constantly move equipment all over the place.” But difficult is not impossible, and Tom is schooled in the art of compromise.

Viewing field edges as opportunities for wild nature to share space with cultivated crops, Tom has worked with Wild Farm Alliance (WFA) and Community Alliance with Family Farmers (CAFF) to install native hedgerows on leased fields as well as around their home property. If you ask Tom, he’ll tell you that these natural borders have several functions: they improve water quality, provide pest control and pollination services to nearby fields, and enhance the aesthetics for everyone working on and visiting the farm. And this place gets a lot of visitors. In addition to monthly community farm days and regular celebratory potlucks for CSA subscribers, approximately 700 students from area schools visit the farm each year. One local school has an arrangement through the Live Earth Farm Discovery Program (its nonprofit education organization) in which 6th-8th graders spend one day a week using the farm as a classroom. 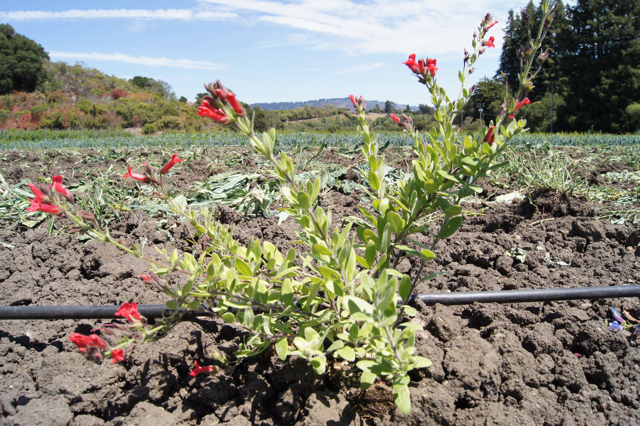 “How can we balance the natural system with our production system?”

That's what Tom was thinking when he teamed up with WFA, CAFF and the Wildlife Conservation Board to plan a network of conservation plantings throughout part of his property. Efforts were centered around protecting the natural resources and improving the wildlife habitat. 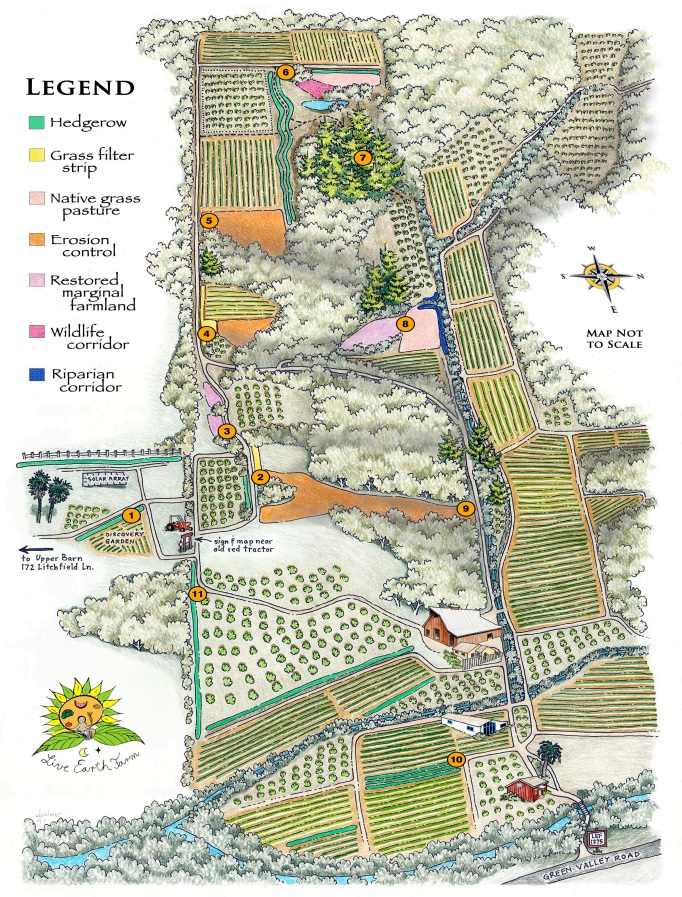 Visitors that check in first with Tom can take a self-guided tour of the eleven conservation practices. They'll learn about why certain plants were chosen to be used in the hedgerows, see some area too steep to farm turned back into habitat, and other areas planted as buffers between the crops and the woodlands.

Is it worth it- all this effort to protect biodiversity and educate an upcoming generation while trying to maintain an economically viable enterprise? Ask Tom and he might tell you “cost-efficient is probably not nature-efficient.” There are still things he’s working to change and improve about his operation. And he recognizes that in order to farm at their scale, concessions must be made.

Heavy tractors that consume fuel must be used, and soil must be disturbed on a somewhat frequent basis. But then he’ll point out a pair of red-tailed hawks circling a grove of redwood trees on the upper edge of the farm, or tell you something he overheard a visiting student say while they were planting potatoes, and any lingering questions over whether Tom believes it’s well worth the effort are answered.