Ridge Vineyards is the largest grower of organically certified grapes in Sonoma County and the Santa Cruz Mountains, California. They started their organic transition in 2008, have increased organic acreage ever since, and are now very close to 100% organic certification at both estates. 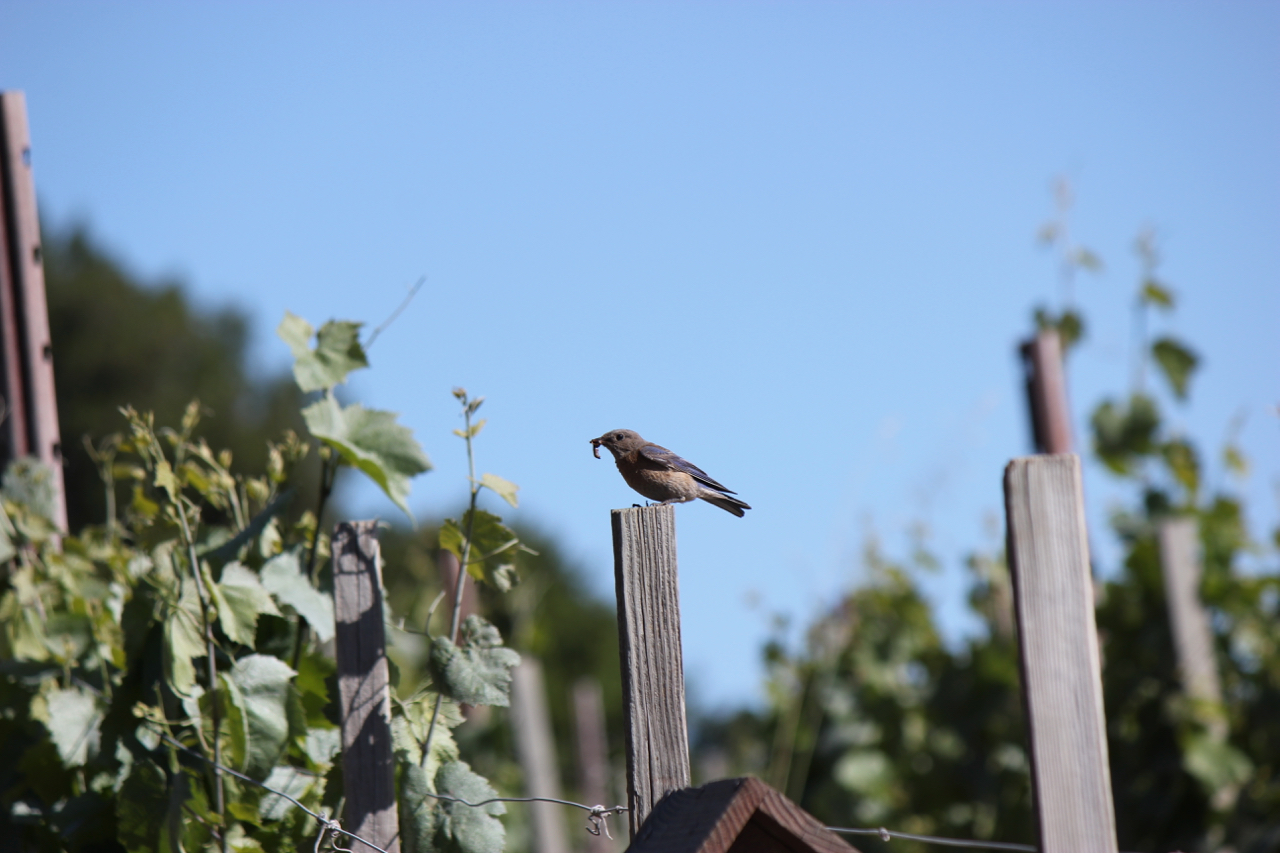 Ridge relies on the Western Bluebirds to clean up invertebrate pests that cause damage to their vineyards. The #1 Enemy is the Blue Green Sharpshooter (BGSS) which harbors in riparian areas. BGSS feed on actively growing shoots and vectors the bacteria, Xylella Fastidiosa, commonly referred to as Pierce’s Disease. We know from Dr. Julie Jedlicka's DNA studies that Bluebirds eat leafhoppers, and Sharpshooters are a type of leafhopper. Bluebirds also eat Grape Leafhoppers, whose feeding stipples leaves, reducing photosynthesis late season.

Bluebirds "are wonderful to watch in action while scouting a vineyard!”

The more habitat Ridge can provide for the Western Bluebirds the greater control they will have on invertebrate pests. Plus, according to Kyle, “they are wonderful to watch in action while scouting a vineyard!”

In 2021, Tricia began weekly monitoring of the Ridge Vineyard Monte Bello Estate’s 45 bird boxes. The occupancy rate was a staggering 91.2% and produced 214 nestlings that resulted in 194 fledglings. An estimate for the number of insects removed from the vineyard can be derived from Benedict C. Pinkowski’s paper, "Feeding of Nestling and Fledgling Eastern Bluebirds", which summarizes his study on the behavior of Eastern Bluebirds feeding their young in Michigan from 1971-1973. Feeding behavior differs between male and female, nestling’s age, number of nestlings in box and, perhaps, Eastern and Western Bluebirds, but generally, parents bring food to one box 169.5 times per 15-hour day based on Ridge’s 2021 average of 4.3 nestlings per nesting attempt. Using the data from this study, and the fact that nestlings were in the Ridge boxes for about 20 days and had 50 nestling attempts, that translates to 169,500 insects being organically removed from Ridge’s vineyards and surrounding habitat during the nesting period.

The 2021 nesting success rate of 86.79% exceeded California’s 2019 (last normal pre-pandemic year) overall nesting success rate by 10.82% as reported to Cornell’s Nestwatch. This result is excellent and benefits both the Western Bluebird population as well as Ridge Vineyard’s goal of using native species to decrease pests from their vineyards. 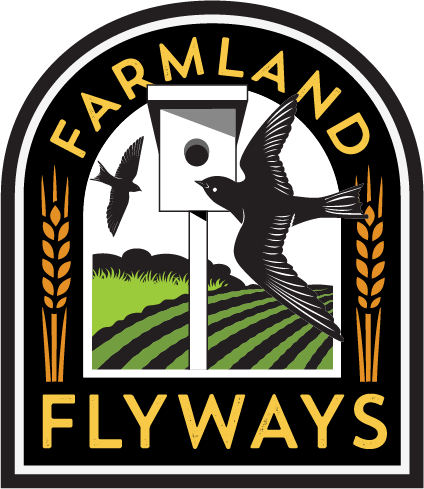